SABC had its origins in the Ultra Light Aircraft Association of Australia whch was formed in 1956. WA members naturally got together and incorporated a local division in 1972 with the main purpose of owning their own airfield. 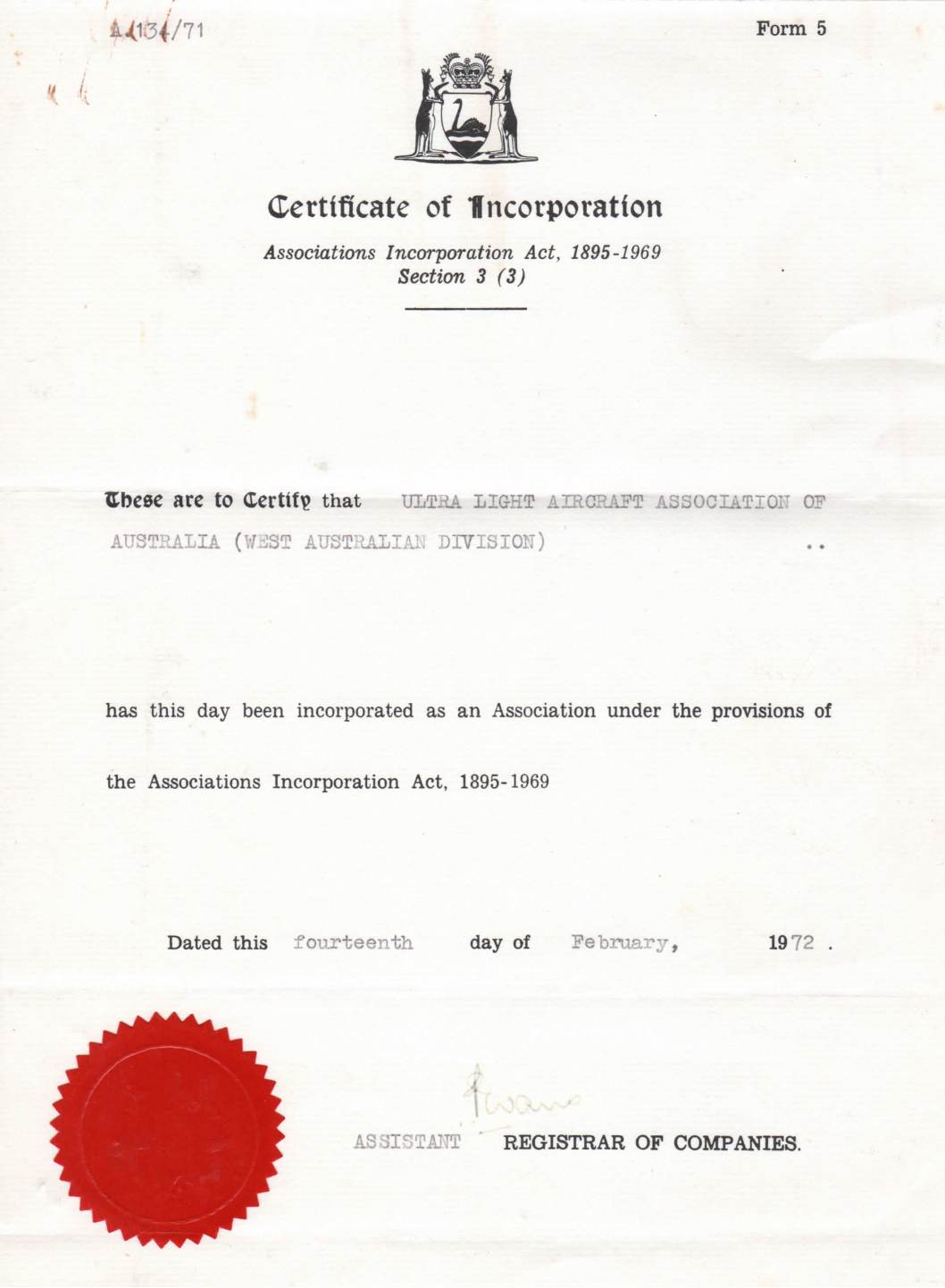 They secured a lease over the land in Yangedi Road, Serpentine for a Peppercorn Rent from the Shire of Serpentine Jarrahdale. The land was covered in bushes and low scrub, and the club members and their families started the work of clearing some of the land to establish a runway and Clubhouse. They built toilets and a small shower block and in 1992 another shower and toilet block was built with the aid of a $9000.00 grant from the Lotteries Commission. A 20,000 gallon water tank was also installed with this Grant. Club members provided the labour. Over the following years more taxiways were added and members built their own hangars to house their aircraft.

These aircraft were mostly built or restored by their owners under very strict rules of the Civil Aviation Safety Authority (CASA). Over time, the Constitution has been altered to allow limited numbers of Commercially Built and Ultra light Aircraft. Although some increase in membership is encouraged, the SABC is always mindful of its obligations to its neighbours who live around the airfield. 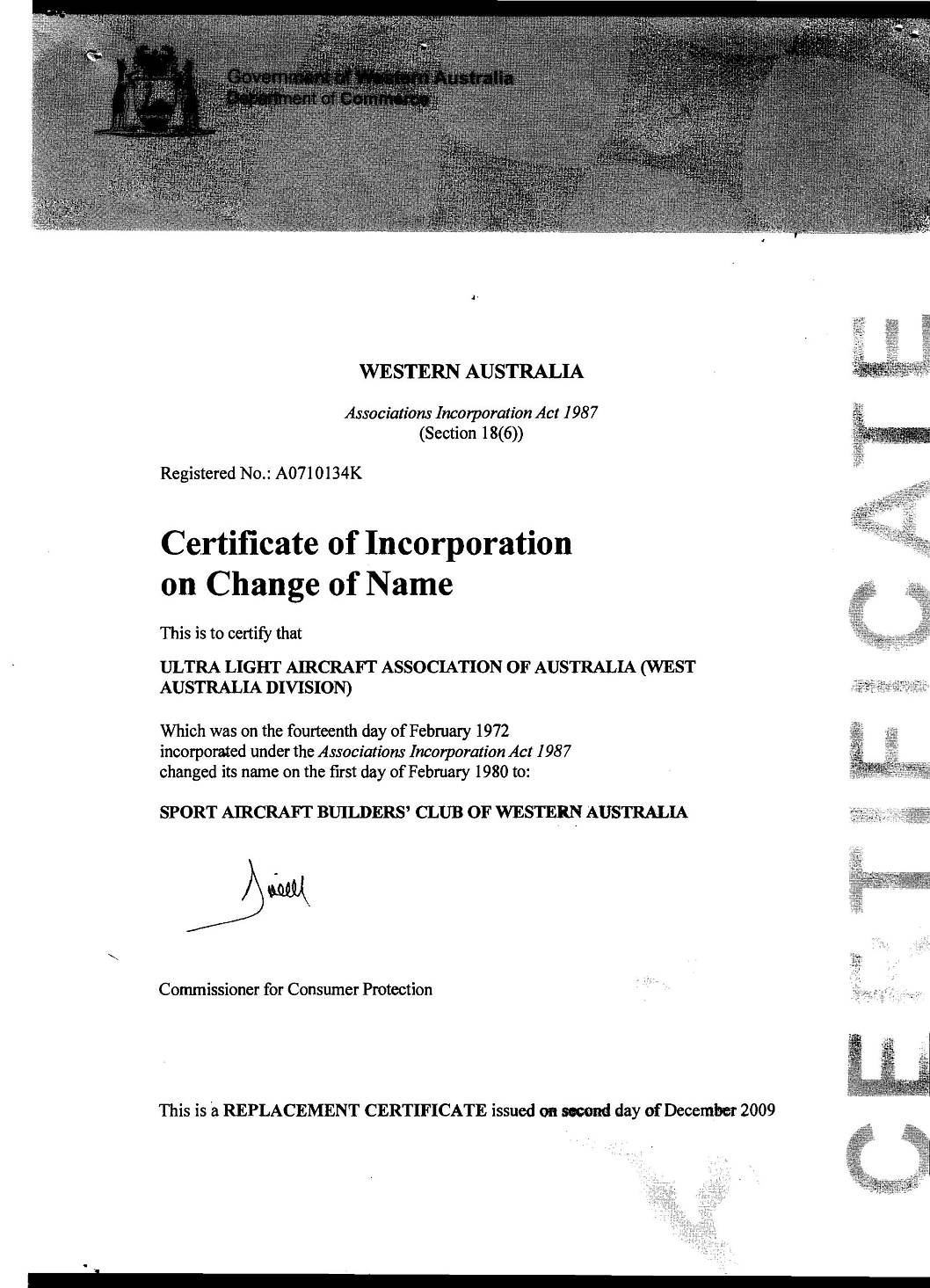 There are at present 300 members on the register, 100 hangars, 110 operational aircraft and many projects on the Airfield and a total of 3 kms of sealed runways and taxiways. The airfield also boasts a grass runway that is more suitable for the Vintage aircraft such as the Gypsy Moth, Tiger Moth etc. The grass runway is very labour intensive and the work of watering and mowing is carried out by the members - all on a voluntary basis.

The airfield contains a significant area of native bush that has been carefully regrown and nurtured by the club in order to retain the pleasant natural aspect of the environment. The SABC actively co-operates with the Shire with regard to the Yangedi Reserve Management Plan and the Fire Management Plan. We have installed a ring main fire fighting system in keeping with the Fire plan.

The day to day tasks of managing the Club and Airfield are many and varied; and range from mowing lawns, watering the grass runway, planting trees, repairing existing sealed taxiways, general maintenance of the club equipment and buildings. Members are rostered to spend nights on the Airfield for security reasons and also in summer for the fire risk. One Sunday per month, on Busy Bee days, members are rostered to run the 'Hangar Café' for the member's convenience. The Café is also a means of fund raising.

In 2001 Alcoa Ltd donated a Rapid Response vehicle to the SABC for fire fighting on the airfield. The Club has a water hydrant on Yangedi Road that is served by a bore installed with funds from Lotteries WA. The hydrant is only available for fire fighting purposes, in accordance with the Club's ground water licence.

The philosophy of the SABC has always been to acquire equipment (tractors, rollers, graders etc) as cheaply as possible, then the airfield upgrades and repairs are carried out by the members. The members come from all walks of life - dentists, technicians, electricians, carpenters, retire airline staff, engineers and farmers to name but a few - and from this fine base, the skills required to carry out the maintenance, can be drawn. Where necessary, contractors have been used by the members do as much work as they can to reduce costs.

The Club often liaises with local communities for fly-pasts for events such as ANZAC Day, Australia Day & Serpentine Fair and these are always voluntarily performed by member pilots in their own aircraft.

The Club actively encourages other interest groups to visit the airfield to foster interest and education of the wider community in Aviation.

People who use the Serpentine Airfield

See our Photos from Yesteryear for a pictorial history snippet.